Perfect Bid: The Contestant Who Knew Too Much (2017)

“Perfect Bid: The Contestant Who Knew Too Much is the thrilling, award-winning documentary from CJ Wallis about a math genius from Texas named Ted Slauson who spent the majority of his life memorizing the prize amounts on The Price Is Right. The film explores how Ted went from bidding to banned, and reveals his part in a 2008 perfect bid Showcase scandal that was covered in Esquire, Time Magazine & others“- YouTube Movies

“The perfect bid was $23,743. That bid is the only one in the show’s decades-long history to be exact to the number. It was made by Terry Kniess, who nailed the contest with the help of Slauson, who was a math teacher from Texas”– ABC Action News Tampa Bay 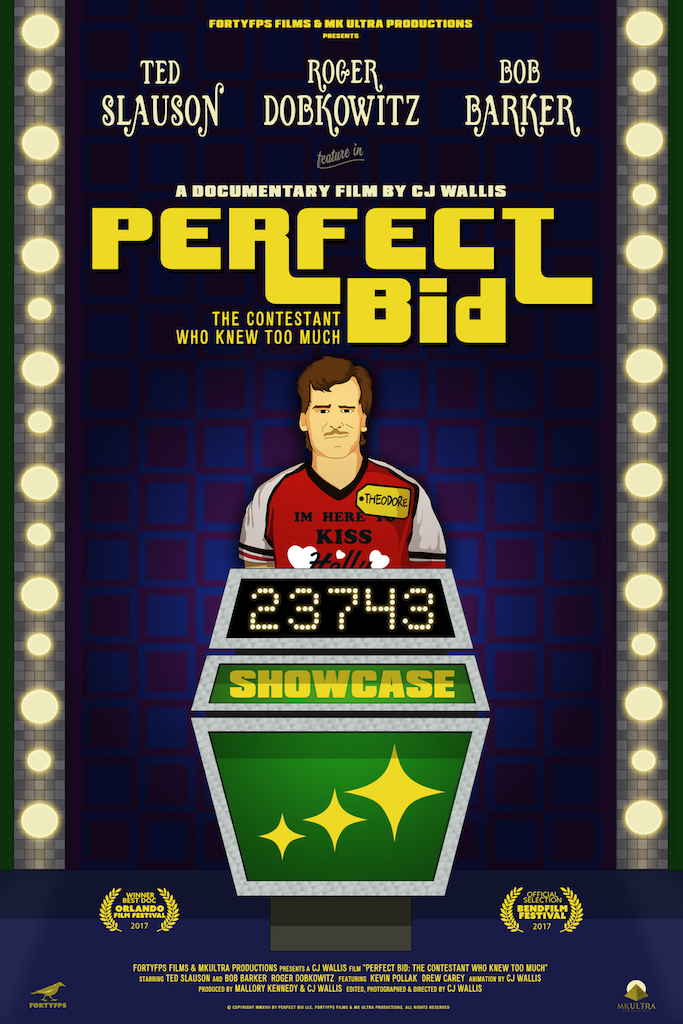 Perfect Bid: The Contestant Who Knew Too Much