“Each time a man stands up for an ideal, or acts to improve the lot of others, or strikes out against injustice, he sends forth a tiny ripple of hope…” Robert F. Kennedy The documentary A Tiny Ripple of Hope, follows Jahmal Cole as he wages a war of love, altruism, and compassion, through a myriad of neighborhoods in his hometown of Chicago. Filmmaker Jason Polevoi carries viewers deftly through intimate moments in Jahmal’s life, as he goes about his daily ritual of helping others, while simultaneously, unable to stop his own life from unraveling. Jahmal’s commitment to his organization: My Block, My Hood, My City, refreshingly embodies the adage of walking the walk and talking the talk

He is the real deal; A rare gem of a human whose past was not easy, whose sacrifices are many, and whose perseverance shows us there is always a way to help others. Get inspired”-  Debra Sugerman

Donate to My Block, My Hood, My City 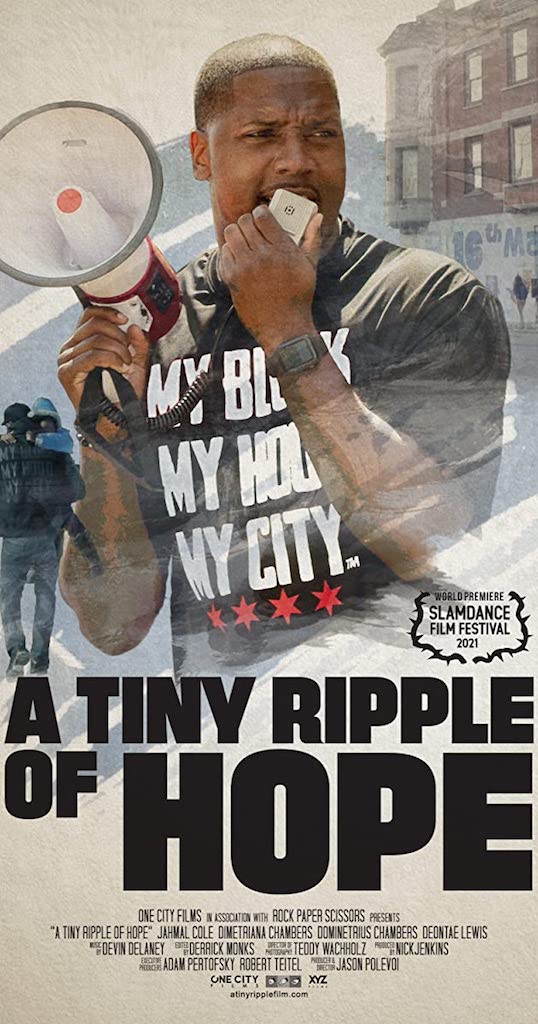 A Tiny Ripple of Hope